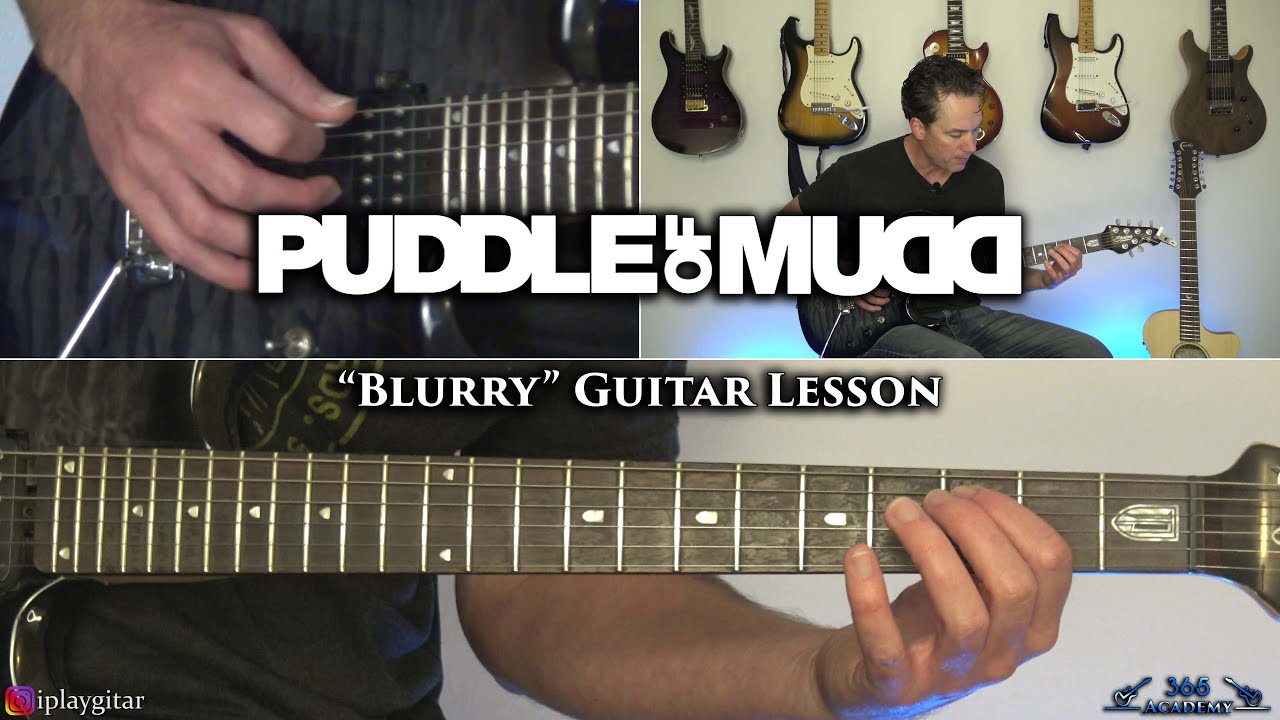 Sign Up For My Newsletter for EXCLUSIVE Free Lessons! https://bit.ly/3DNB9sa

In this Blurry guitar lesson video, I will show you how to play this great song from Puddle Of Mudd note-for-note.

The tuning is Eb Standard tuning. That is, starting from the 6th string, Eb Ab Db Gb Bb Eb. Or, if your guitar tuner reads notes as sharps instead of flats, the notes will be D# G# C# F# A# D#.

“Blurry” is an interesting song because it is mostly built around a simple 3 chord progression of C – D – E.

However, the opening harmonic based riff that is heard in the intro and throughout the rest of the song is quite challenging to play up to speed. I recommend playing it on acoustic guitar which will make it easier to keep the harmonics sounding crisp. I am using a down-tuned electric which makes it even more difficult to play.

Just try to learn the pattern used for the riff and get that locked in before trying to play it up to tempo.

The rest of the song is relatively easy to play using simple barre chords and octave shapes. There is also a quick solo at the end of the song that I will go through note-for-note.

I hope you have fun with this one! Carl…